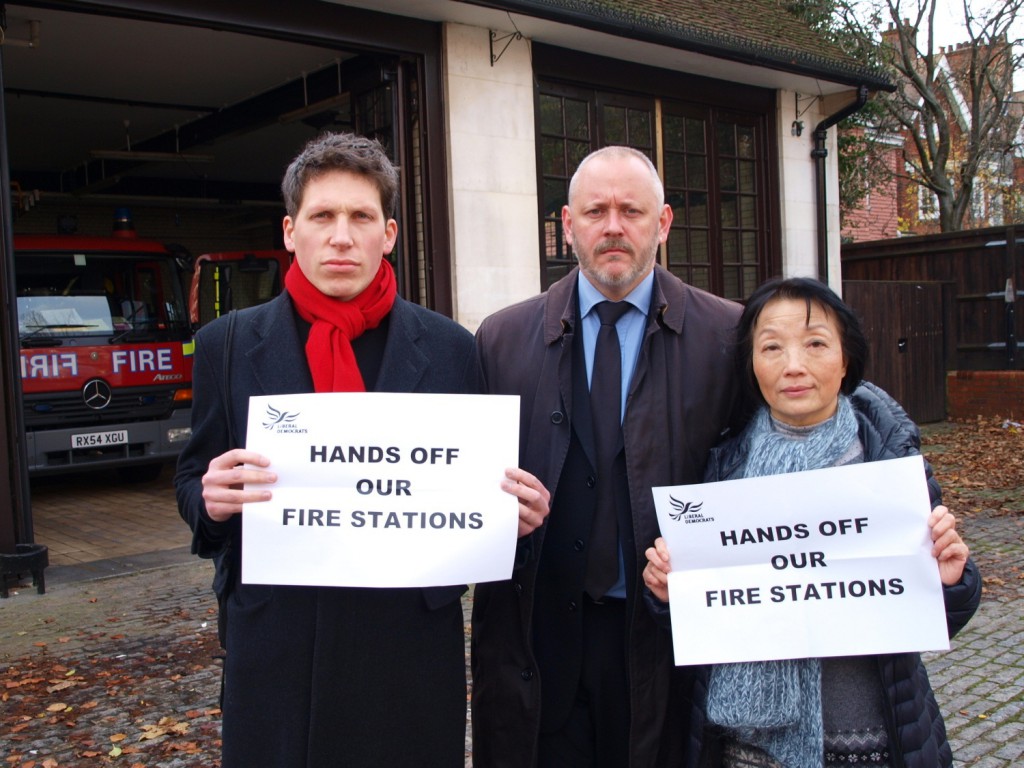 Conservative Mayor Boris Johnson is planning budget cuts that could see 17 London fire stations closed, including our one here in Belsize.

The Mayor is demanding the fire brigade find £65m in savings in the next two years. Modelling of what this might mean shows it could force the closure of 17 stations and the loss of about 30 fire engines.

“This is a huge cut to the front line of London’s fire cover,” said Belsize Councillor Tom Simon. “There are big questions about what this cut would mean if there was a major emergency in central London. If our local station closed, I would be very concerned about the cover in Belsize and Camden generally. Belsize fire station is the second busiest one-engine fire station in London.”

Your local Councillors are working with Lib Dems in City Hall to challenge the Mayor over his plans. Please get in touch if you are concerned about this potential closure.