Great news for children due to start school next year – Belsize Primary School is on track to open in September 2013. 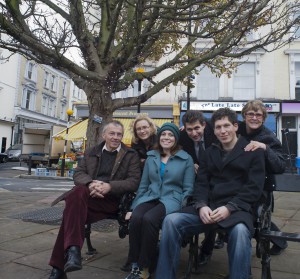 Local Lib Dem Councillor Tom Simon has been working closely with the parents and campaigners behind the school and helped them get approval from the Government earlier this year. This school will mean that children in Belsize will finally be able to go to a local primary school instead of being offered places in Kentish Town or further afield.

The school will have one class per year group and will initially open with a reception class and, if the demand is there, a year one class. It will broadly follow the national curriculum, but with some innovations such as teaching Mandarin.

The campaign for a new school has been running since 2009 in response to an acute shortage of primary school places in the area. Over the last few years, many Belsize children have either been offered places as much as 2 miles away, or even no place at all. Some parents have felt themselves forced to move or to send their children to private schools, often with great difficulty.

“Labour-run Camden Council has failed to act to address the problem, saying that it is not a priority”. said Councillor Tom Simon.  “I don’t think this is good enough. So, I have been helping local parents to set up a ‘free school’ to meet the demand for places.”

Applications to the new school have opened. Look online at http://www.belsizeparkprimary.org/ for more information.